How to play guide for The Riftbreaker

This page will serve as a basic how to play guide for The Riftbreaker. While there is very little information available at this time, we urge you to check back often, as new information is being added all the time! Feel free to edit this guide with any tips, tricks, and suggestions. 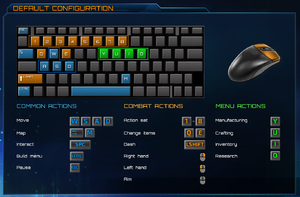 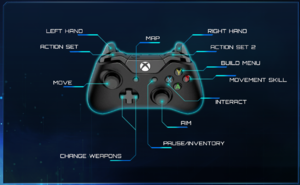 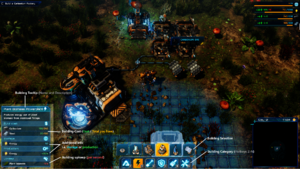 How to build[edit | edit source]

The first step to creating a suitable base revolves around finding 2 or 3 patches of Carbonium Ore which is the basic resource required for building. Placing an HQ, some automated Carbonium mines, plus some basic power structures will start your base well, followed by some walls and defensive turrets close to your buildings. Don't forget to connect everything with power nodes!

One of the most crucial elements to a base is power! Always ensuring you have enough power can be tough and it is a great challenge best overcome by moving up the technology chain to access increasingly powerful energy production buildings.

For a single building:

or for multiple buildings: 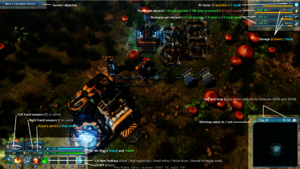 Mr Riggs is equipped with some very powerful weaponry and the player should absolutely NOT rely solely on turrets as their only source of damage. The player can move freely to areas that need assistance against attack waves, as well as being able to go on the offensive to root out alien hives or boss creatures roaming in the nearby area.

How do mines and ore patches work?[edit | edit source]

Each resource patch is made up of multiple 'squares' of ore. Each square has a finite amount of resources. When you build an ore mine, it can cover one or more squares of ore, but will always give you +1/s (at level 1). The mine can only gather ore under it's 3x3 building footprint though - so if you build it on 9 squares (3x3) then it will take longer at 1/s to deplete.

As an example, in this ore patch below you can see it has 16 squares total of ore. I could build 1 mine in the yellow area and it will last for a long time giving me +1/s because it is built on top of 9 squares it can mine. It won't mine outside of the yellow square. Or I could build 4 mines in the red squares which would cover the whole patch of ore, and give me +4/s but they would deplete quicker because each one is only covering a lower number of squares worth of ore and would require more power upkeep. 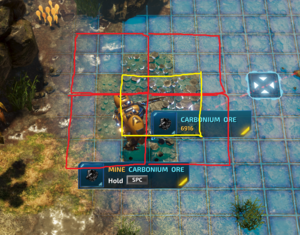